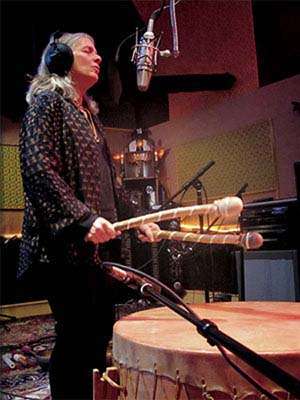 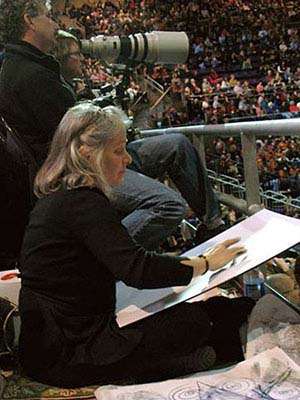 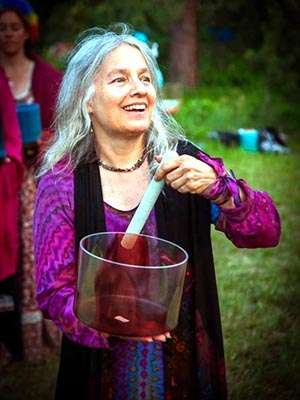 Deborah Koff-Chapin ~ Originator of the Process of Touch Drawing, International Artist, Vocalist, Author, Facilitator and founder of the Center for Touch Drawing

Deborah discovered Touch Drawing in a moment of creative exploration. She was in the print shop on her last day at Cooper Union in 1974. Instead of wiping an inked plate with a paper towel, she placed it down and moved her fingertips upon it. Lifting the paper, she saw marks on the underside created by the pressure of her touch. Her hands danced upon one paper towel after another in a joyous opening to the flow of energy. What resulted was a series of organic, primal drawings. Although this experience had an element of play, Deborah had a profound sense that this process had much greater potential than her own personal use. It was aligned with a fluid human consciousness that was to emerge in the future. It felt like she was receiving a gift meant to be shared with the world.

From that time on, Deborah poured her soul into Touch Drawing. Over the years her work developed from simple primal marks to rich evocative images. In 1995 and 2000 she published SoulCards 1 & 2. SoulCards are used worldwide by a broad range of people including therapists, workshop leaders, creative writers, and intuitives. In 2021 Deborah published a new deck; Portals of Presence: Faces Drawn from the Subtle Realms. Deborah has also developed the art of Interpretive Touch Drawing. During lectures and presentations, she translates the content into poetic imagery. She has drawn at numerous events, including the Parliament of the World’s Religions. In private sessions, Deborah creates Inner Portraits that bring into form many dimensions of an individual’s soul.

Deborah has followed her calling to share Touch Drawing. She has presented workshops at conferences, educational institutions and online. Deborah crafts each workshop as a transformative experience. She holds a sacred sound field for drawing sessions with voice, drum, chimes and singing bowls. In recent years she has brought her music to the fore with Song Bath Sanctuary, which she now offers online weekly. 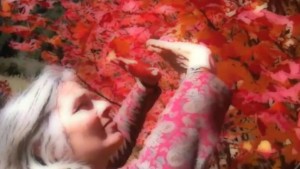 Deborah is founding director of The Center for Touch Drawing, a networking point for the dissemination of the process into artistic, therapeutic, and spiritual practices. She has taught at numerous conferences and educational institutions and served on the board of the International Expressive Arts Therapy Association. Deborah is the author of Drawing Out Your Soul and the Touch Drawing Facilitator Workbook. Each summer since 1997 (except for the covid years) she has convened the Annual Touch Drawing Gathering, See Deborah’s Curriculum Vitae.

Signed fine art giclée prints are available in a range of sizes. Use the ORDER PRINT tab under the enlarged image.
Contact us about purchasing originals or to schedule an Inner Portrait with Deborah.

If you are interested in ordering a print and do not see the ORDER link below the enlarged image, write down the code number and click below.

by Deborah Koff-Chapin
Through the immediacy of Touch Drawing, I am able to visually portray the content and feeling-tone of a lecture, poetry reading, meeting or musical performance. I create 6-7 drawings per hour. I love the collaborative nature of the experience. I have done this for over 800 different presenters.
Click here to see the galleries. 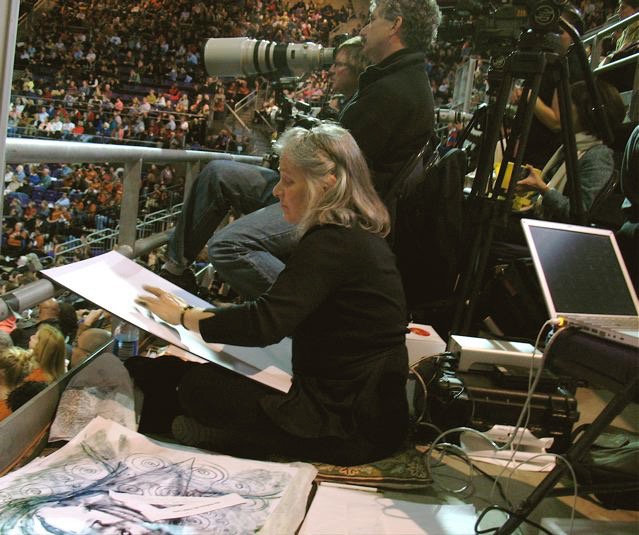 An Inner Portrait is a series of Touch Drawings that bring into form subtle dimensions of your soul. Find out more. 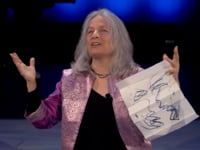 Trusting the Impulse Within 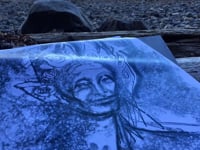 Crafting a Touch Drawing on the Beach 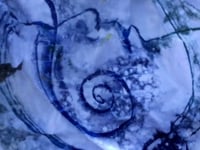 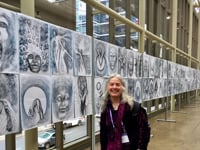 Drawing at the Parliament of the World's Religions 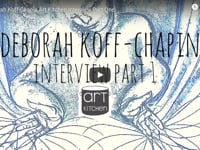 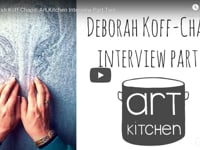 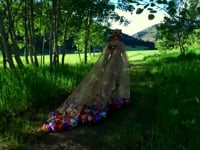 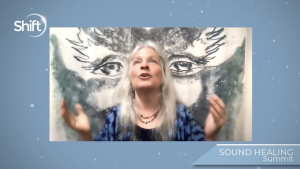 The Arts as Sacred Portals to the Soul of Life

https://vimeo.com/588143081 This presentation was part of the Shift Network Sound Healing Summit. Deborah talks about the universal power of the arts for healing, soul development and communion with the sacred 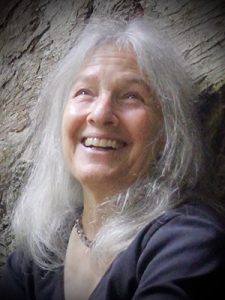 Deborah Koff-Chapin BFA is an artist, vocalist, author and teacher. She has been developing Touch Drawing since she came upon it in revelatory play in 1974. Through her years of

Strengthening Your Soul Through Creativity

Authentic Messengers Interview A wonderful hour-long conversation with Catherine Van Wetter on the theme Strengthening Your Soul Through Creativity. 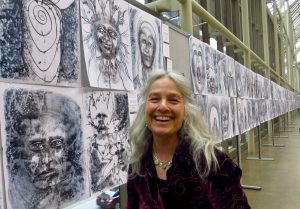 Drawing at the Parliament of World’s Religions 2017

Parliament convenings bring together thousands of individuals committed to fostering a more peaceful, just and sustainable world. Often times, individuals and communities are inspired by the spirit and mission of 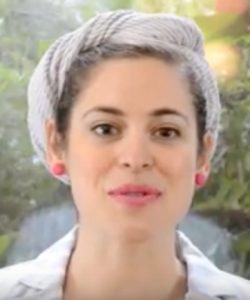 Mo Golden interviews artist, Deborah Koff-Chapin about her creative process. This is the first of two videos, so check out the next one too. This video series is funded by

Deborah's work is a dance of her whole being on paper: subtle, mythic, poetic, archetypal. She is an artist of High Being." —Jean Houston Ph.D Author, Search for the Beloved, Jump Time

The images are magnificent shimmers that evoke deep wonder. Though each painting was done intuitively, it radiates rootedness in reality. What a wonderful relief from New Age artists who cannot paint the mystical without leaving the earth behind." —Creation Spirituality Magazine

The artistry of Koff-Chapin moves the viewer's imagination into personal depths: each picture, a holograph of sung and unsung memories. I feel pulled to look at the pictures again and again. The world needs more of (her) touch." —Helen Lindquist Bonny Ph.D Author, Music and Your Mind

The drawings have captured a deep and mysterious element of both pain and uplift..." —Jon Kabat-Zinn Author, Wherever You Go, There You Are

Deborah Koff-Chapin's artwork is extraordinary, unique, and a particularly special manifestation of that deep pool of talent that dwells within each of us." —Tony Buzan Author, Use Both Sides of Your Brain

The subtlety and delicacy of her work is truly astounding." —June Singer Ph.D Author, Boundaries of the Soul and Androgyny

The work of Deborah Koff-Chapin releases us into the deepest meanings of life. The soul sees itself reflected in her mirrors, and is revealed to itself. It is art in the service of transformation." —Elizabeth Cogburn Director, Tree of Life Ceremonials

Deborah has displayed in symbol a remarkable ability to bring through the same message from Creator, passed down to us through White Buffalo Woman and all our masterful teachers: the reminder that we are in fact one with all in the Great Circle of Life." —Brooke Medicine Eagle, White Buffalo Woman Comes Singing