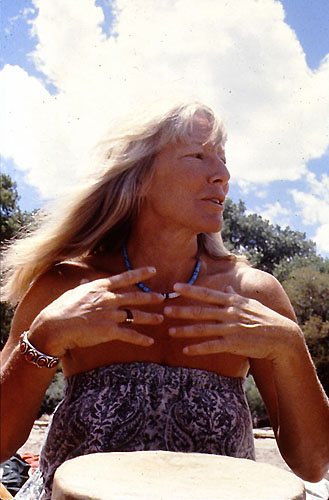 The New Song Long Dance has been an integral part of my life since being introduced to it by in creators Elizabeth and Robert Cogburn in 1977. The following articles give you enough information to explore how you might craft a dance within your own community.

These Touch Drawings were created by Deborah Koff-Chapin during Long Dances with Elizabeth & Bob Cogburn.

Connect with the heart of humanity at the virtual

Experience the simple yet profound process of Touc

Join me in a monthly live attunement using the Por

Experience the simple yet profound process of Touc

Overview - An image for the equinox with love from